UnionsWA has commented on the release by the Australian Bureau of Statistics of new data that shows the difference in pay between women and men in Western Australia remains the worst in the country, despite a slight improvement.  In an environment of low wages growth generally, increases in pay for men over the past three years have been about half the increases in the lower wages of women. 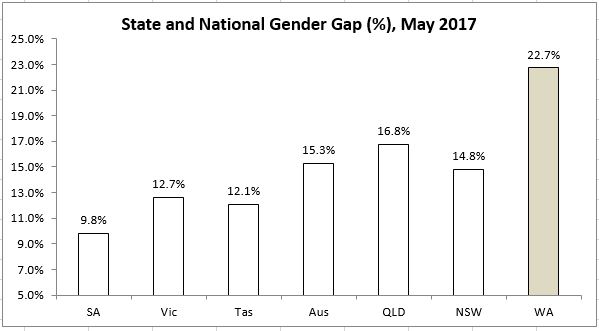 “The gender pay gap in WA remains the worst in Australia.

“On average women in WA ordinarily get paid $421.50 per week less than men in full time work, which is only slightly better than a year ago when the difference was $442.

“So there has been a slight closing of the gender pay gap in WA and nationally, but this has happened for the wrong reasons.

“This slight improvement is the result of a slower increase in the wages of men and a greater rise in the lower wages of women.

“Slow or low growth in wages for women and men is harmful to our economy, which is particularly weak in WA.

"We now have had an entire year of record low wages growth.

“Working families are struggling as their wages fail to keep up with the rising cost of living.

"The gender pay gap also means women are more likely to be financially insecure, both during their working life and in retirement.

"In the current system part-time and casual work is structured for the benefit of employers not working people.

"The lack of access to flexible working hours plays a large part in the continuing gender pay gap and discrimination.

"The gender pay gap has remained stubbornly over 20% for the past two decades and workplace laws have not been adequate enough to close it.”