Solidarity Park was founded in 1997 during the ‘Third Wave Campaign’, when the Liberal Government introduced legislation that would significantly restrict the ability of unions to protect members and the general community from unfair and exploitative employment practices. 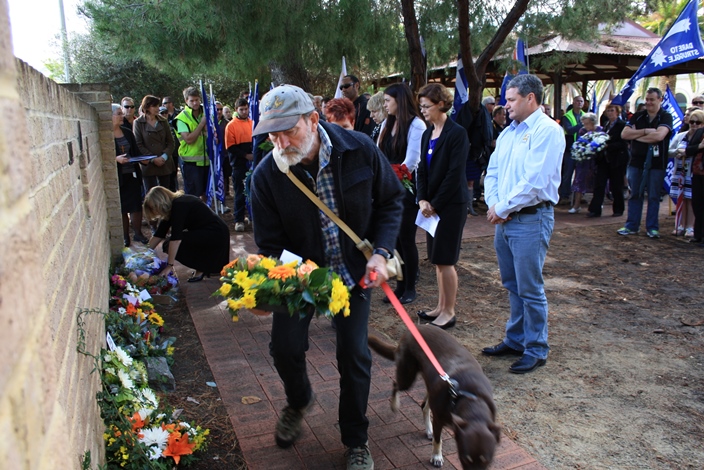 Solidarity Park is, each year, the location for an International Worker's Memorial Day service in Perth.

On 29 April 1997, over 25,000 unionists and community supporters marched on Parliament House to demand the scrapping of these unjust laws. The Government rejected this demand. So, on 1 May - May Day - the site was pegged and legally claimed by unionists under the provisions of the Mining Act.

Here is a short video of the history of Solidarity Park.

The unions co-ordinated a 6 month long, 24 hour a day, protest occupation of this site in defiance of the pending legislation and attempts by the Government to require union and community protesters ‘move on’. They refused to do so and, although the legislation was passed, it was never fully enacted for fear of further union backlash. The change of government in 2001 saw the laws repealed.

Twenty years after the 3rd wave protests, UnionsWA hosted a commemorative event at Solidarity Park.  Photo's form that occasion can be view here.

Solidarity Park is still used for event in addition to the annual Worker's Memorial Day.  For example, following the death of Gough Whitlam in November 2014, members of the labour movement gathered at Solidarity Park for a memorial service. Here Irene Snow talks about what Whitlam meant to her and her family.

UnionsWA currently holds a Management Order over Solidarity Park and is responsible for the use, upkeep, and maintenance of the park.