UnionsWA today commented on the release by the Australian Bureau of Statistics of new data that shows the difference in pay between women and men in Western Australia is the worst in the country. 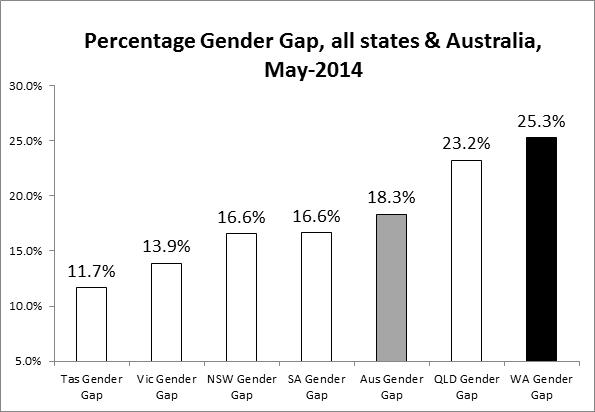 “These latest figures show that WA continues to have the worst gender-pay gap in Australia.

"On average women in WA get paid $452 per week less than men in full time work.

"By itself this is wrong and unfair.

“This means women are financially insecure.

“It becomes even worse when women have children and the pay gap persists for the rest of their lives including into retirement through less superannuation.

“Women are more likely than men to have to meet family costs like the proposed Medicare co-payment as well as other costs of living that are already high in WA.

”These figures also show that WA’s gender-pay gap has narrowed slightly while is has gotten worse Australia-wide.

“This is likely to be the result of economic factors - there now being fewer men in WA in highly paid resources sector jobs.

“In other states insecure workers may lose hours or be put off altogether during tough economic times and this is most likely to affect women.”