UnionsWA today commented on the release by the Australian Bureau of Statistics of new data that shows the difference in pay between women and men in Western Australia is the worst in the country.

“These latest figures show that WA continues to have the worst gender-pay gap in Australia.

“On average women in WA get paid $484 per week less than men in full time work. 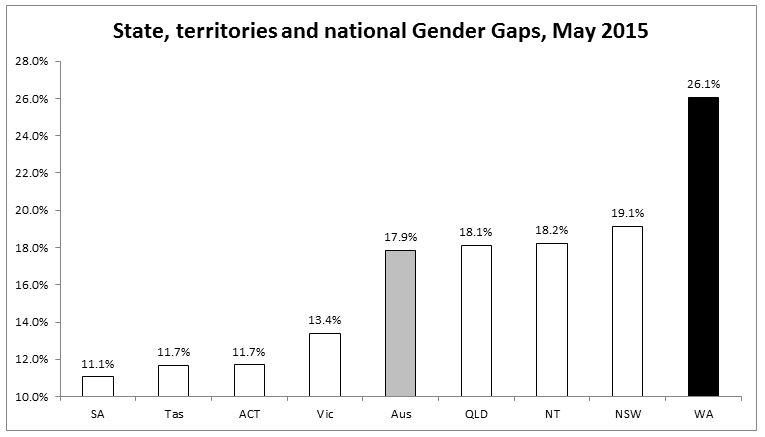 “When women take on caring roles the pay gap can be entrenched for the rest of their lives including into retirement through lower superannuation.

“By itself this is wrong and unfair.

“This means women are more likely to be financially insecure.

“Women are more likely than men to have to meet family costs of living that are already high in WA.

“It is more important in WA than elsewhere that governments and employers do more to support women in the workforce and to assist with the costs of caring.

“Stronger measures are needed to address pregnancy discrimination in the workplace, whether it’s losing permanency after returning from maternity leave or employers refusing requests to work flexible hours.

“Paid parenting leave is also very important and the weakening of this by the Abbott Government can only make the gender pay gap worse.

“It is important that childcare is affordable and supports for caring for people with disability and older Australians are adequate.

“When we as a society fail to be fairer, it is often women who are disadvantaged.”