I try not to waste time on Martin Ferguson these days but the stench of hypocrisy can, at times, overwhelm even those with the strongest stomachs. Mr Ferguson’s new found opposition to Sunday penalty rates, printed in The Australian last week, is one of those times. 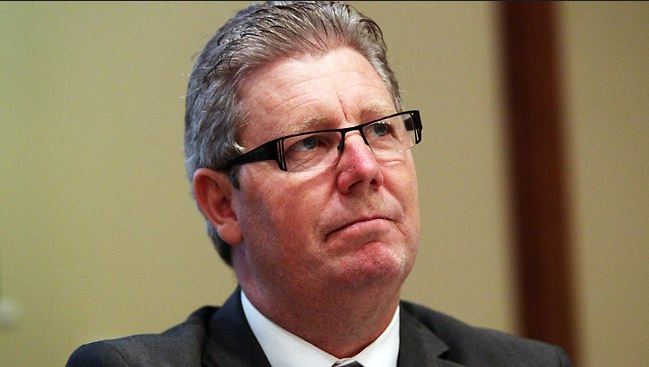 Let’s talk about the impact of winding back penalty rates for some of the lowest paid workers in Australia – a policy supported by the Turnbull Government despite evidence of the damage it would do to the economy and the lowest paid, most vulnerable people in the community.

If you work your current 38 hours a week you will see a much thinner pay packet. That is because all penalty rates, which many people have come to depend upon, will disappear. You will be running just to keep in the same place under this pay policy.

You don’t need to take my word for it – because the last three sentences are from Martin Ferguson, who in 1992 railed against the Coalition’s plan to cut penalty rates. He went on to tell the Canberra Times that the Coalition policy would strip workers of award protection and signalled a campaign by the union movement focusing on the direct impact of the policy on wages, particularly the potential loss of penalty rates.

He told Parliament that these workers have short-term contracts, which means they often work two jobs, rising early and working late into the night to make ends meet. They have to deal with chemicals and poor equipment. And for this they are paid a pittance.

Of course, Mr Ferguson was right on all these points in 1992. Penalty rates were then, and are today, vital compensation for working unsociable hours, and they are often the only thing helping workers make ends meet. This is because people on Sunday penalty rates also happen to be, in general, our lowest paid workers.

A cut to penalty rates is a cut to take home pay that these workers can’t afford and don’t deserve. Even Kate Carnell has admitted that workers won’t take a pay cut, they will just work even longer hours, leaving less time for family and a decent standard of living.

Australians value their weekend, and we pride ourselves on the fact we have a fair industrial relations system. Most people – 81 per cent according to a recent poll – say employees who are required to work outside of normal hours should receive a higher hourly rate of pay.

Weekend penalty rates pay the bills and puts food on the table for around 1.5 million Australians. Almost 900,000 people work on Sundays. And these people are not only workers, but also consumers. By increasing disposable income, penalty rates help to increase the competitiveness of the national economy and help to reduce inequality and the gender pay gap across the Australian community.

As recently as mid-2015 Mr Ferguson championed our cleaners are an “invisible army” – “they are rarely seen and rarely heard.” He was not wrong. A cleaner at Spotless today could be worse off by around $86 a week based on full-time pay of $726.54 a week, or $37,882 a year. That same cleaner will pay more tax this year than the company for which they work.

If the Government and people like Mr Ferguson spent half the time pushing for a crackdown on big corporate tax dodgers as they doing going after the pay packets of cleaners, we might actually have the funds we need to invest in our hospitals and the school system that gives their children an opportunity to pursue higher paying jobs.

Apparently Martin Ferguson now rarely sees or hears the cries of these cleaners and other workers who voted him into the Parliament and gave him the opportunities he has had in his life, which they could never hope for themselves.

Perhaps Mr Ferguson’s newly found opposition to Sunday penalty rates came from a lightning bolt moment of clarity. On the other hand, it is possible his new position came more easily on his healthy parliamentary pension, while flying around in business class on his parliamentary Gold Pass and enjoying the healthy new pay packet his masters from the hotel’s lobby. Workers reliant on penalty rates must look small indeed from 40,000 feet.

Dave Oliver is Secretary of the Australian Council of Trade Unions