His Job Your Job - Unions WA

Barnett's job or your job - the bigger story here 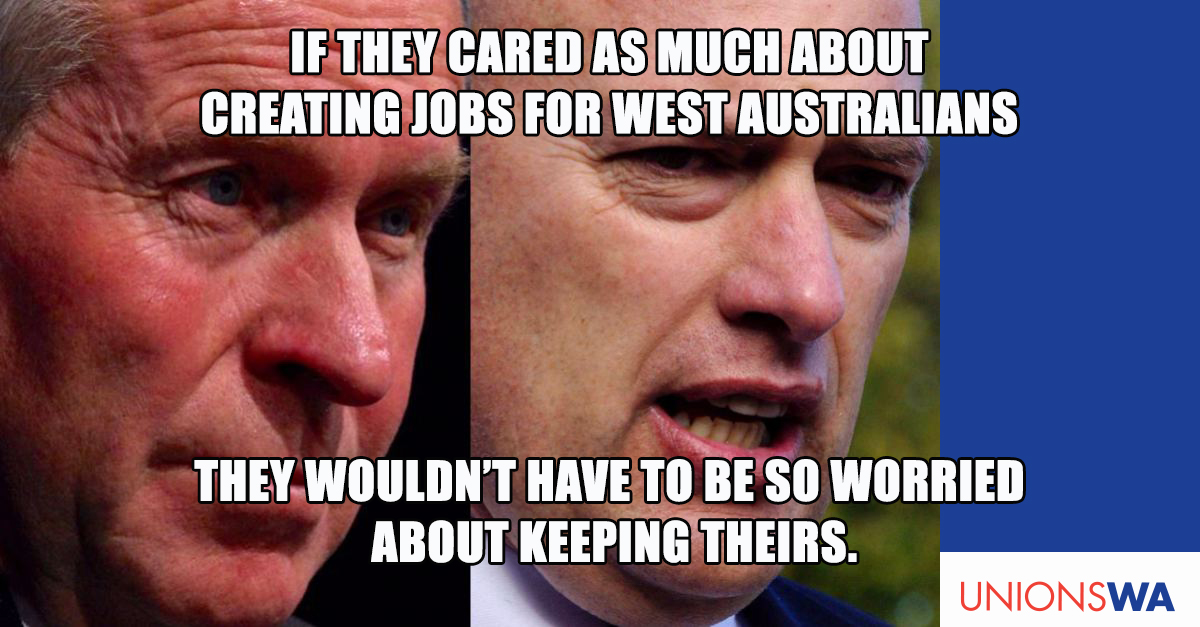 Find out the bigger story behind the scenes of this week's news.

The front page of The West Australian on Tuesday was all about the big business paying to poll WA voters so the Liberals could argue over who gets the job of Premier of WA. 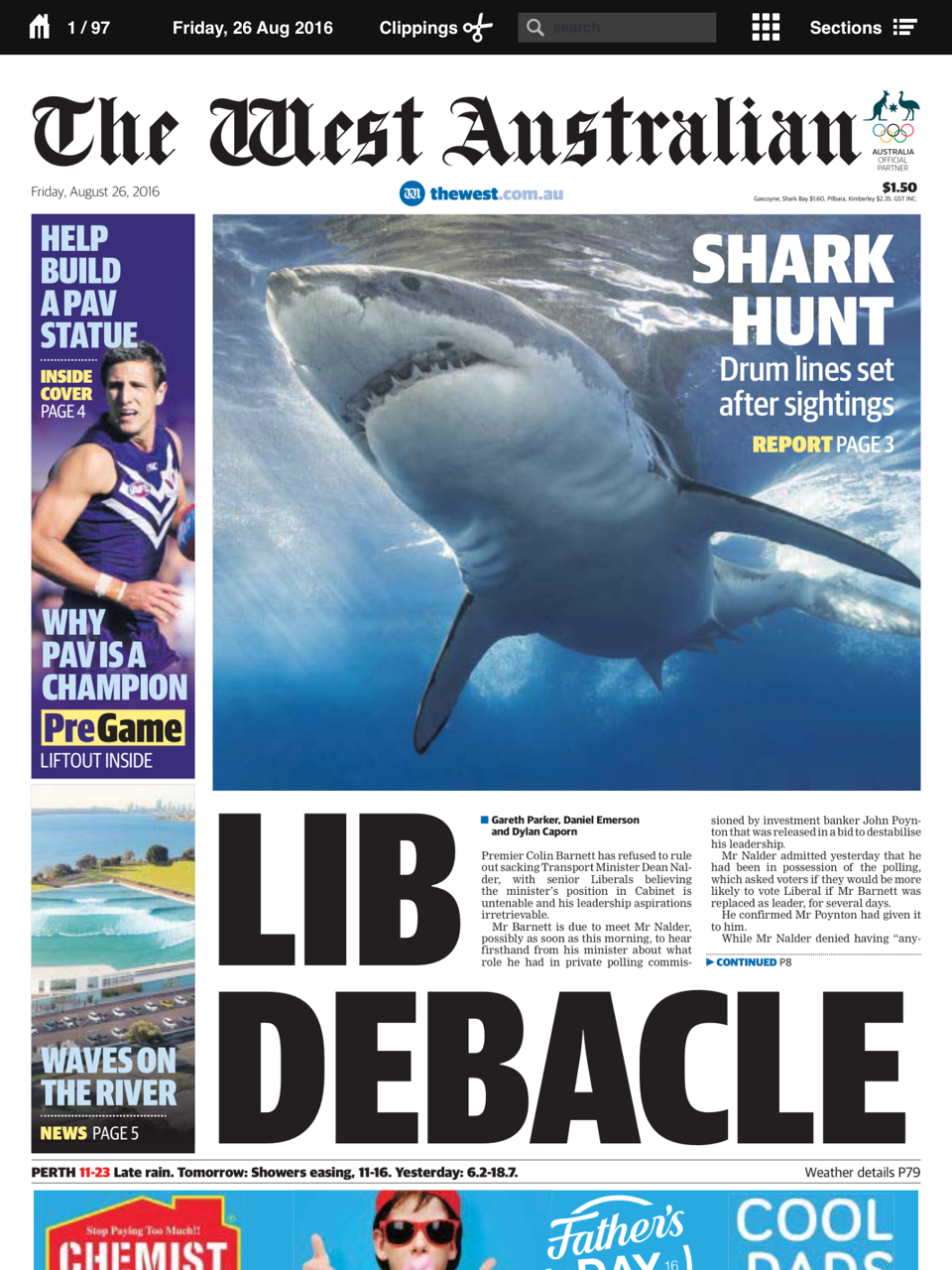 Two days later there was a much bigger story but you had to turn to page six to find it - the latest ABS stats on jobs and unemployment.

Here it is if you missed it. 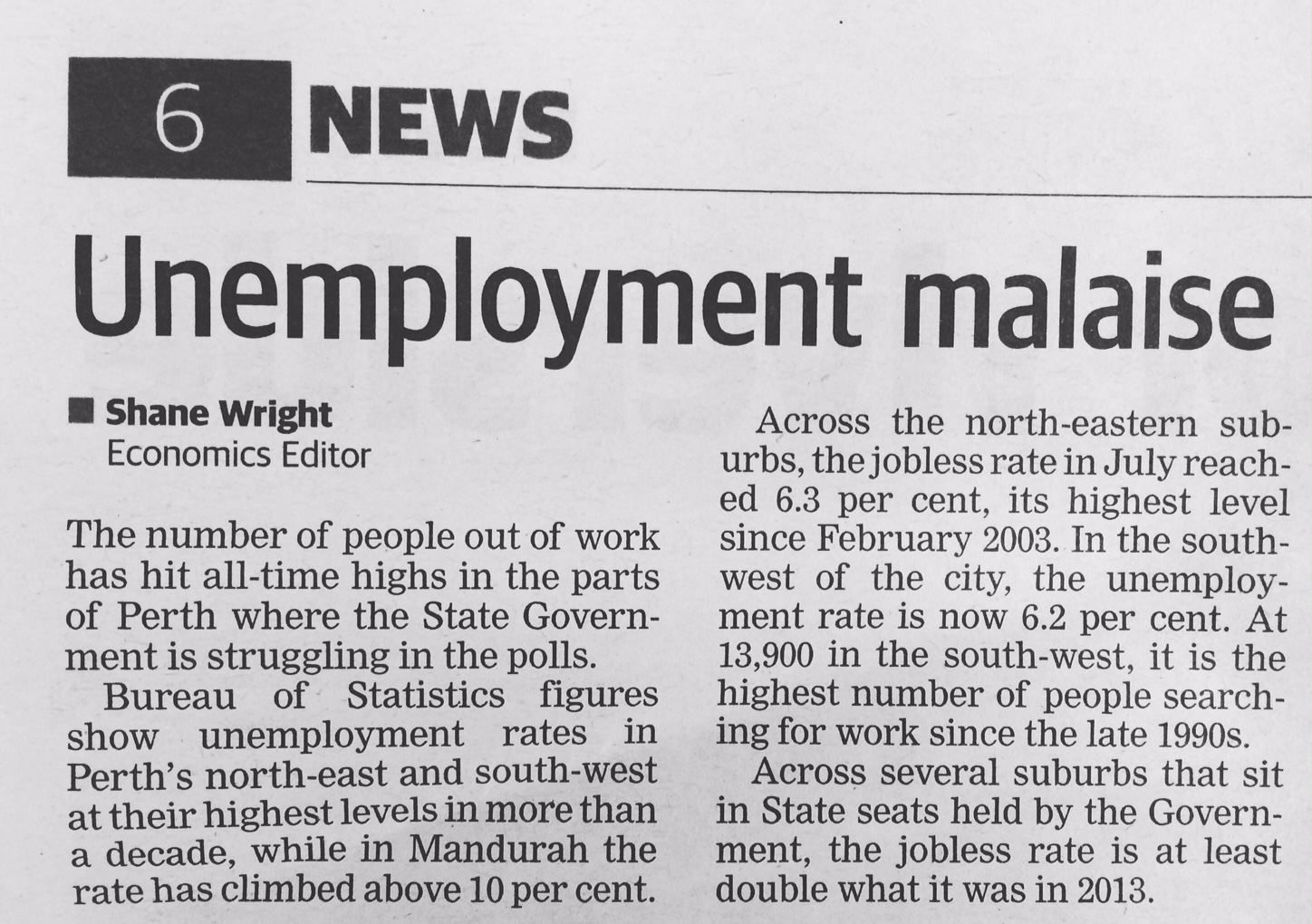 There's a real message here about jobs in general, not just the Premier's.

We've done the work comparing the latest jobs data with the latest poll results for the north-western suburbs of Perth.

This is our headline:

Or maybe this one...

So how much do the people of these suburbs care about jobs and the state of affairs? 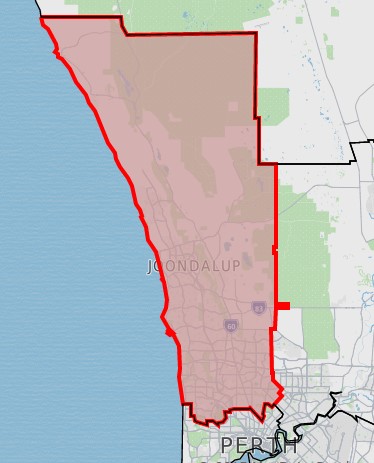 This is where the opinion poll headline is worth a closer look.

Within the north-western suburbs of Perth are five key marginal seats currently held by the Liberals: Joondalup, Wanneroo, Balcatta, Morley and Mt Lawley.

Here is the chart for those seats showing the 2013 state election results. See those grey bars? Those the results predicted by Reachtel after polling over 10,000 WA voters leaked this week. 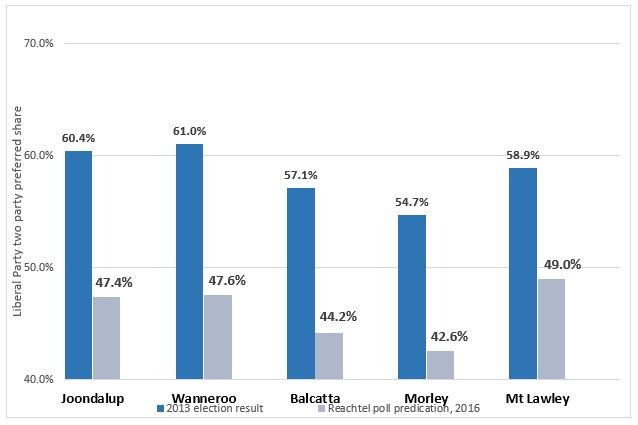 Now check out the chart of youth and general unemployment rates for the north-western Perth:

Of course a correlation between rising unemployment and falling votes for the Liberal government, doesn't prove one causes the other.  But commonsense does suggest a link.

Maybe if Colin Barnett was as concerned with creating jobs for West Australians, he wouldn't have to be so worried about keeping his.