UnionsWA has commented on today’s decision by the WA Industrial Relations Commission in the State Minimum Wage case.  That case affects an estimated 100,000 minimum wage and State Award reliant workers.  UnionsWA also criticised the recent announcement by Premier Barnett that his government proposes to legislate to cut weekend and after-hours pay.

“The WA Industrial Relations Commission has decided upon an increase to the full time adult Minimum Wage Wage and State Awards of $20 per week or 3.1%, the hourly pay rate will be $17.52 and the adult full time minimum weekly wage will be $665.90. These rates will apply from 1 Jul 2014.

“The Commission has reflected the recent findings of the Fair Work Commission in the Federal Minimum Wage case that the productivity of the Australian workforce and economy generally are sound. Decent minimum wages and award pay puts a floor beneath growing inequality, which is nowhere worse than in WA and that is important for fairness, community and workplace cohesion.

“This decision by the independent commission directly clash with the arbitrary announcement by Colin Barnett to cut the weekend pay of minimum wage and state award reliant workers.

“A cut to weekend pay is just a pay cut." 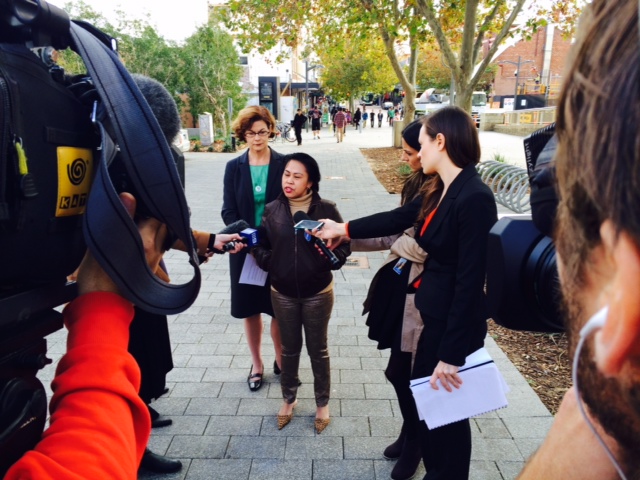 “Colin Barnett has raised essential costs of living for all West Australians though increases to water, electricity and other state charges. Rents and housing costs are sky-rocketing in Perth and many other parts of WA.

“Yet he wants to hamstring the independent industrial commission from taking these high costs of living into account when making pay decisions.

“Any business, small or large, can enter into negotiations around pay with a relevant union. This can involve a mix of pay and condition issues to benefit both employers and employees – including weekend and after-hours pay, job security, minimum hours of work, training and so forth.

“Weekend and after-hours pay help to protect particularly low paid and vulnerable workers from long, unsociable hours of work intruding on time with family, in study or in the community.”