UnionsWA has today welcomed the announcement by Premier McGowan of measures to improve work health and safety.

“At the end of the working day, everyone deserves to come home safely.

“Too many West Australians never return from work to their loved ones.

“The rate of work fatalities in Western Australia is significantly higher than the national average.

“The rate of serious injury through work in WA is the worst in Australia.

“The measures announced today will save lives and prevent injuries.

“Of course, these changes will come too late to save some lives, but those who have been traumatised by injury or the death of a family member will appreciate the significance of today’s announcement.

“The announcement that the Government will legislate industrial manslaughter laws sends a strong message – unlawful behaviour or negligence that costs lives will have consequences, including jail time.

“If passed, WA will be among the first Australia jurisdictions to deal with work fatalities with the seriousness it deserves.

“While we welcome today’s announcements, we look also look forward to seeing the detail of the legislation and we hope it will strengthen rights for workplace OSH representatives and remove barriers that limit the ability of unions to blow the whistle on dangerous workplaces.

“Today’s announcement more than reverses the cuts to WorkSafe endured by the previous Liberal Government.

“Those cut backs meant that over recent years far fewer workplaces have been independently inspected to prevent injury or fatality.

“Prevention is essential and we also welcome the announcement that there will be increased funding for raising work safety awareness among employers and working people.”

Among working West Australians, we experience the highest rates in Australia of serious injury resulting in both a workers’ compensation claim and a long term (12 weeks or more) absence from work (see Chart 1 below). 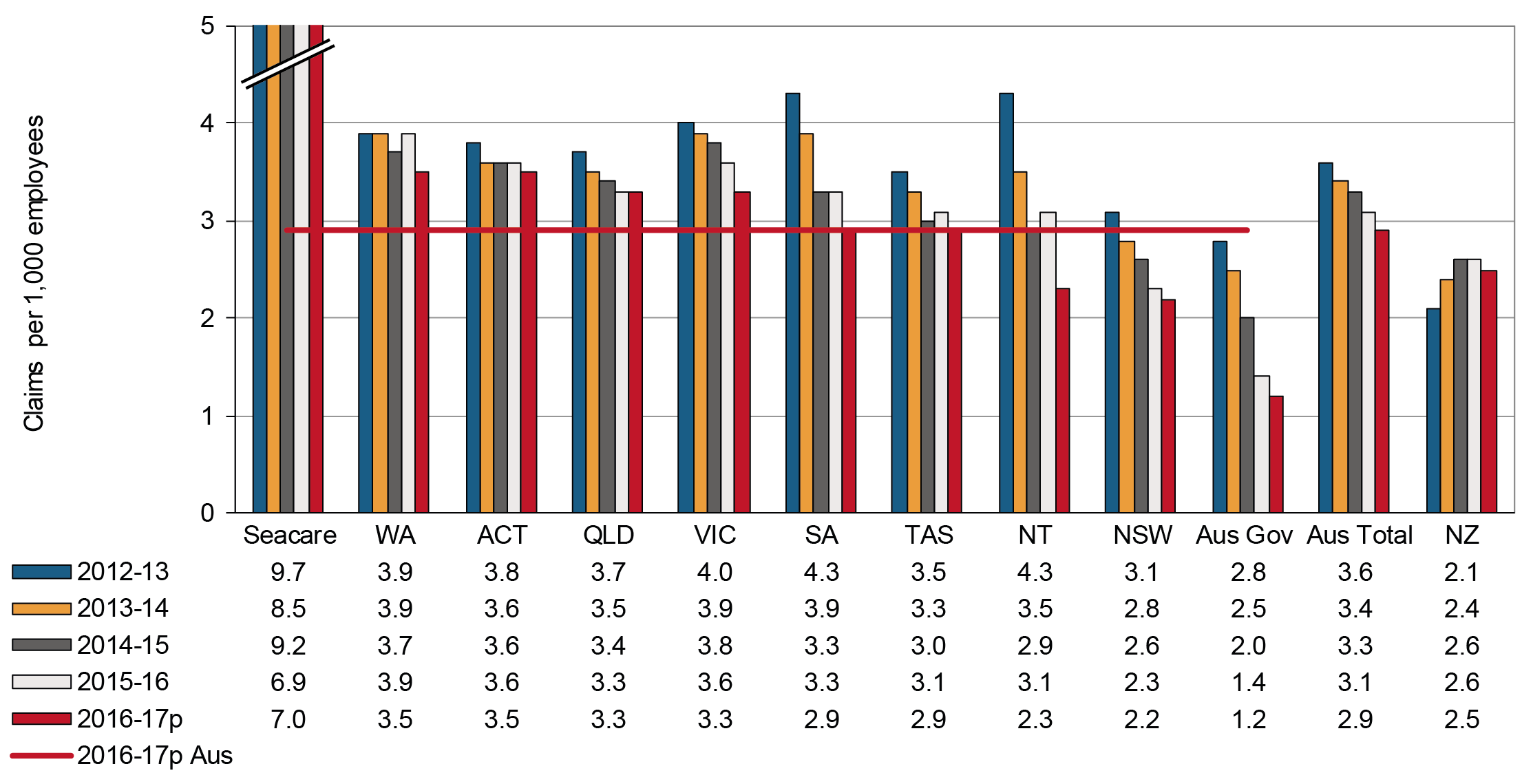