UnionsWA has today commented on the decision by WA Industrial Relations Commission in the State Wage Case, which sets wages for over a hundred thousand working West Australians on the WA Minimum Wage and reliant State awards including many trainees and apprentices. 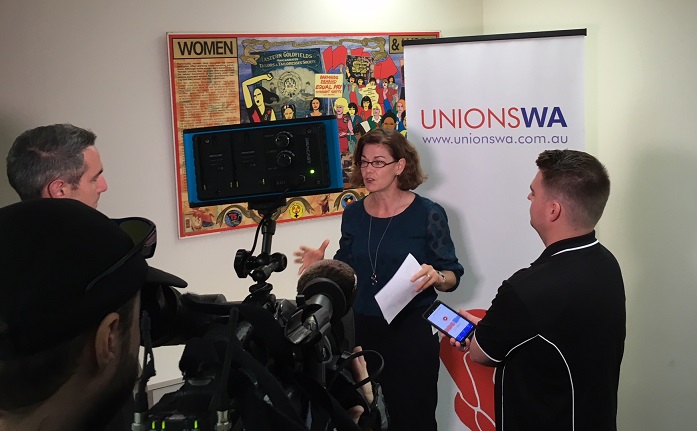 “This pay decision is disappointing.

“This is lower than the recent decision in the National Wage case at $24.30 per week, the State Government recommended increase of $19.20 per week and unions wanted the minimum wage to increase by $50 per week.

“Of course, those on the Minimum Wage are doing it tough and any increase will be welcome.

“For those on the low pay in WA, essential costs of living consume much of their wages.

“In the recent State Budget costs for electricity, gas, water and travel, will rise, overall, by 4.8%, about three times the estimated rate of inflation.

“Those on State Awards are only going to get a flat amount, not a percentage, increase.

“Growth in wages is an important stimulus to our local economy because the lowest paid by necessity spend locally all they earn.

“UnionsWA had recommended that the Minimum Wage increase in line with community expectations and be pegged at no less than 60% of typical or media wages.”