UnionsWA has commented on the release today by the Australian Bureau of Statistics of its Wage Price Index series and together with data released last week on living costs for employee households. These highlight a trend of wages failing to keep pace with costs, particularly so for working people in WA on low wages and others on fixed incomes.

“We need to change the rules to make it easier for working people to get fair pay rises.

“The June 2018 Australian quarterly living costs index for employee households, released by the ABS last week, increased by 2.3%, while the national wage price index for the June quarter, released today, rose by 2.1%.

“When wage rises fail to match cost of living increases the lives of many working people and their families are made more difficult.

“When wages do not keep pace with costs of living, it also harms our economy, as working people have less income to spend in shops, cafes and other local businesses.

“For people on low wages or fixed incomes, their essential costs of living are often increasing at a greater rate than wages.

“For example, in the WA Budget this year household fees and charges fees for essential services such as electricity, water, car registration and the emergency services levy, rose overall by 4.8%.”

Recent polling conducted by ReachTel for the ACTU showed that 80% of Australian workers either hadn’t had an increase in pay in the last 12 months or had received an increase so small it had not covered the increases in the cost of living.

The latest Household Income and Labour Dynamics (HILDA) survey showed Australia hadn’t had a pay rise since 2009. The median disposable income for an entire household adjusted for inflation was $79,160 in 2016 dollars. In 2016, it was $79,244. 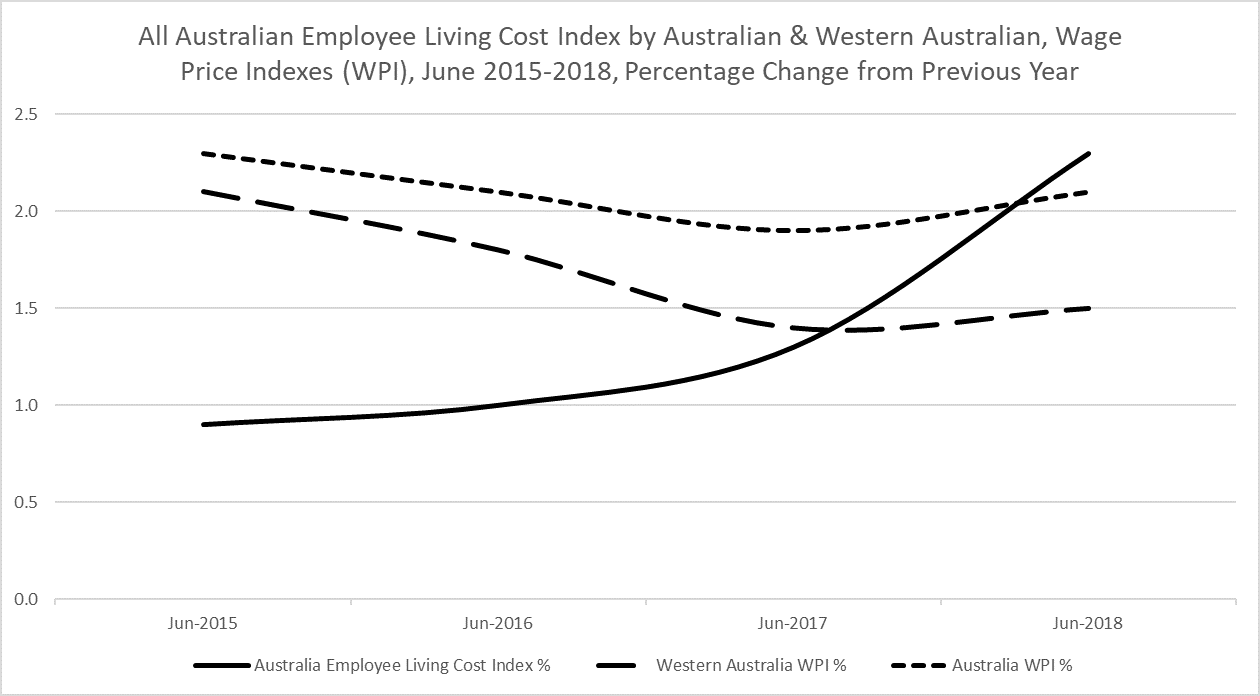