UnionsWA today released the findings of a major survey (available here) conducted on work and health that has exposed risks arising from employers coercing those injured at work to have employer representatives present during medical examinations and pressure to, in the first instance, attend medical professionals other than an injured working persons’ GP. With 1,052 respondents, this is a credible survey, one of the larger studies on work and health in WA in recent years. 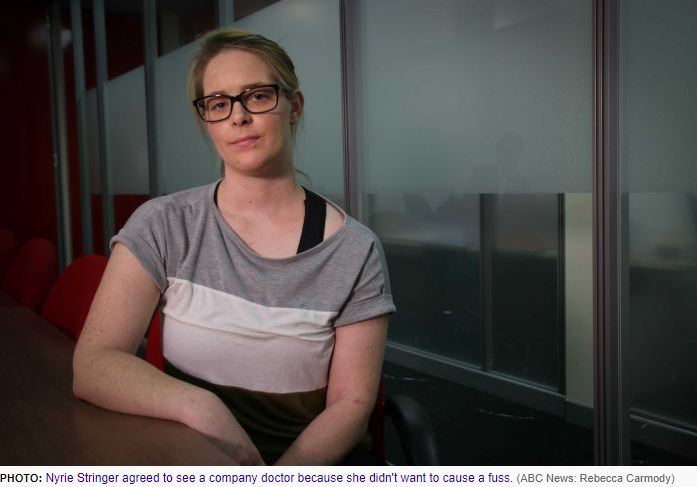 The ABC Online story from Nyrie is available here.

“An injury or illness as a result of work should not be made worse by stigma, victimisation or bullying, yet this is what our survey has found at frighteningly high rates.

“Two out of five survey respondents that had made a workers’ compensation claim describe the experience negatively.

“This include 11.8% that agreed their experience was either “Stressful or not worth it”, that they felt “pressured by an employer or insurer”, at 16.3%, or had been “stigmatised or bullied”, at 11.8%.

“While almost 60% did report that they had a “good” or “straight forward” experience, the system needs to be reformed to do better.

“The long-delayed redrafting of workers’ compensation laws in WA is be a welcome opportunity to address poor experiences and their underlying causes.

“One area of concern is the alarming practice where employers and insurers attempt to require an injured or ill working person to have an employer or insurer representative in the treating room with a doctor and their patient.

“Injured working people also report that in the first instance they are pressured to attend a medical practitioner chosen by the employer rather than their usual GP.

“The relationship between patient and doctor is an important one for successful treatment and rehabilitation.

“Almost one in eight respondents that had made a claim for compensation, reported that their employer had sought or was represented at a medical appointment

"Attempts by employers and insurers to attend medical appointments between a worker and doctor compromises not just the workers’ privacy but also the long term care and relationship between a person and their GP.

“Asked what is most important about their GP, 54.5% responded by referring to “consistency and knowledge” at 37.9% or “personal connection and trust” at 16.6%.

“Maybe surprising for some, but these aspects of a GP in terms of consistency and knowledge as well as personal connection and trust, were rated more highly that care quality which was nominated by 28.1%.

“In response to opened ended questions about the presence of an employer or insurer representative in medical consultations, as well as barriers to making a workers’ compensation claim, there were clear themes – working people are frightened that an employer will discriminate against them either for even making a claim at all or are fearful employers will acquire private medical knowledge that may be used against them in employment.

“It was clear that those who suffer from poor mental health fear discrimination.

“UnionsWA is calling for the review of workers’ compensation laws in WA to make it emphatic that employer and insurer representatives cannot attend at medical appointment with an injured worker.

“Further, the practice of creating the expectation that a claimant for workers’ compensation must, in the first instance, see a medical professional appointed by an employer or insurer, must stop.”