Six Myths about the Minimum Wage

Six Myths about the Minimum Wage

It’s that time of the year when the WA Industrial Relations Commission sets the Minimum Wage.  Business has recommended that there be no increase, the Barnett Government that it increase by 1.25% and UnionsWA has recommended a 4.4% increase. 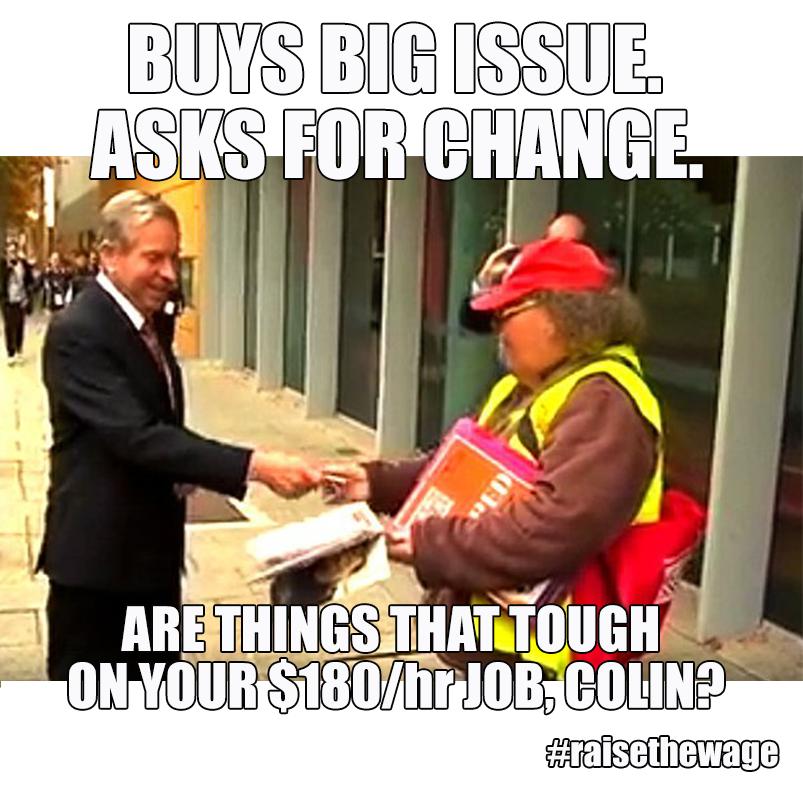 Many of the arguments by UnionsWA for an increase in the minimum wage are because the cost of living has gone up so much.  Low-paid people tend to spend much more of their income on essentials such as housing or electricity.  These costs that have been going up more than by inflation. Most of us understand this argument.

Here we want to counter some of the key myths that conservatives use to argue against improving the minimum wage.

Myth One: The minimum wage is too generous 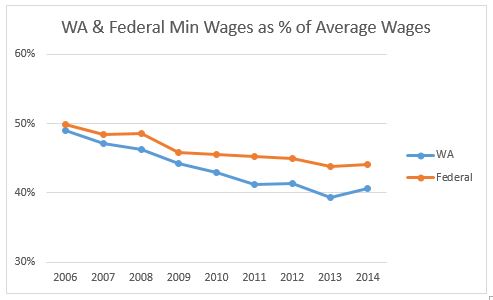 So, over less than 10 years, the minimum wage in WA has fallen from half of average pay to around 40%.

Myth Two: When minimum wages go up, jobs go down

The Productivity Commission, in a review of evidence about the level of the minimum wage has concluded that its assessment is that “modest increases in Australia’s minimum wage are unlikely to measurably affect employment”.

In the US academics Doucouliagos and Stanley (Doucouliagos, Hristos, Stanley, T.D., ‘Publication Bias in Minimum Wage Research? A Meta-Regression') reviewed 64 studies of the minimum wages and concluded:

"… if there is some adverse employment effect from minimum-wage rises, it must be of a small and policy-irrelevant magnitude..."

So while at face-value, in some areas, an increase in the minimum wage may costs some jobs, in other areas jobs actually increase.  Why?  Well, better paid workers are often more skilled, stay in their jobs longer or are valued by their employer and supported by training or by non-wage investments such as better equipment etc., that makes them more productive workers.  Greater productivity leads to more, not less, jobs.

Thing about low-paid working people - they spent all that they earn – they have to, to survive.  That spending helps the economy and more taxes get paid as well, which helps fund needed public services.  Or, as the Economic Policy Institute in the USA put it:

“In fact, throughout the nation, minimum-wage increases would create jobs… Economists generally recognize that low-wage workers are more likely than any other income group to spend any extra earnings immediately on previously unaffordable basic needs or services.”

So, what about small business in WA – those that are more likely to employ people on our minimum wage?

In this, 2016 election year, the Turnbull Government is handing out tax cuts to business.  Might that help pay for small increases in the minimum wage?

We decided to check with the Turnbull Government how much they are cutting taxes for business.  In their Budget papers they use the fictitious example of ‘Edna’ who owns three cafes (no doubt paying the minimum wage to much of their workforce – those minimum wage workers. By the way, they didn’t get any tax cut from Turnbull at all).  In ‘Edna’s’ case their business gets a windfall in tax cuts worth over $14,000.

Let’s put that in context.  UnionsWA reckons Edna should increase the minimum wage of their workforce by $30 a week or $1,560 a year.  So that tax cut means Edna could afford to increase the wage for their minimum eight minimum wage employees and still have profit to spare!

So do you reckon small business will pass their tax cut savings onto their workforce as a pay increase, without any requirement to do so?

There are some studies of the real world for low waged working people.

A 2009 Australia at Work Report by the Workplace Research Centre (van Wanrooy, B, Wright, S, Buchanan, J, Baldwin, S, Wilson, S, Australia at Work in a Changing World, Workplace Research Centre (2009), pp.69-72) found that employees who don’t have the power to negotiate their pay were likely to be women, aged less than 24 years and in precarious employment arrangements.

A Fair Work Commission report also found that, where there were negotiated agreements resulted in low wage increases...

So the minimum wage case provides a ‘signaling effect’, it tells the economy, employers and working people, what independent tribunals think are a fair low wage and wage increase. This signal helps set the expectation where a workforce is able to negotiate, but also enforces a standard in those jobs where working people do not have the power to negotiate.

While Dad is the main breadwinner, Mum cares for the kids and works part time, while junior lives at home studying full time and working part time. Those are common enough stereotypes and some conclude that the often part time work of Mum and Junior, adding as they do to a household income, don’t need to be set too high or increase too much.  We’re all part of a family, right?

The chart below compares workforce percentages between low-paying and all industries.  No surprises here, in industries that tend to employ low-paid workers, women and young people are more likely to employed and more likely to be employed part time.  So what? 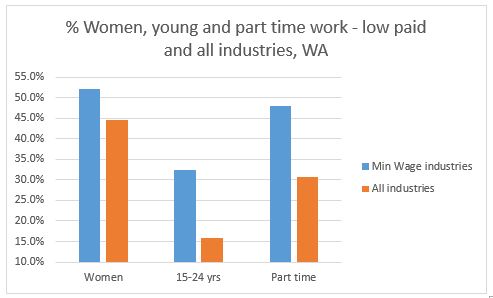 Let’s first talk about the impact on women. You know, half the population. If the minimum wage remains too low, then women in particular are further disadvantaged compared with men in the workforce. The gap between the wages of women and men is real and large. If the minimum wage doesn’t improve, the gender pay gap will grow.  WA already has the worst gender pay gap of any state in Australia. 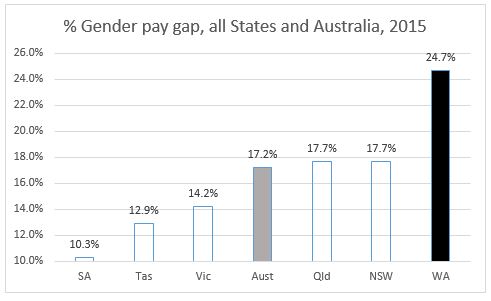 There are consequences for such wide-spread and unfair inequality (enough to fill a few books).  Let’s just observe that the gender pay gap is unfair, results in unequal relationships between women and men and means that our economy and society fail to benefit from the abilities of half our population.  But, you know, someone makes a profit.

Myth Six: Low-pay jobs are for the low-skilled

To support their families and themselves many students work in minimum wage jobs.  These are the skilled workers of the future.  In addition to setting minimum wages, the WA State Wage case determines the wages for many apprentices and trainees.  First year apprentice wages at present are at $8.61 per hour.

On apprenticeships, the National Council for Vocational and Educational Research (NCVER) in a study, ‘The Cost of Training Apprentices’ found that the “main cost to employers to be in the supervision of the apprentice” rather than the wage costs.  When apprentice productivity is measured against the wage paid to the apprentice, the relationship is shown to be very close. This results in employers’ costs for wages effectively being neutralised by apprentice productivity.

Importantly for trainees and apprentices, most of whom attend TAFE for their studies, the WA Government has radically increased fees. 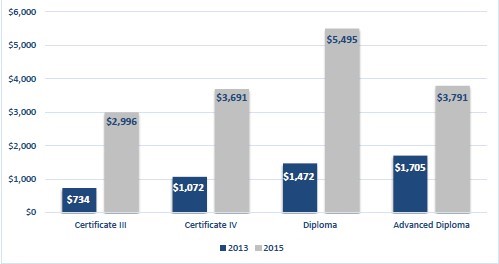 If you're interested on sitting in or viewing online the State Wage Case hearings taking place on Tuesday, 24 May or want to receive updates on its findings, click here for further details.