Royal Commission needed for work and mine deaths - Unions WA

Royal Commission needed for work and mine deaths

UnionsWA has called for a Royal Commission to investigate mine and other work deaths in WA following increased in work fatalities in the WA resources sector.  The death of a mine worker at the Birla Nifty Copper Mine has highlighted the need for an independent mines safety body backed by stronger safety laws. 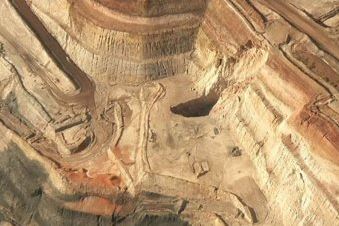 “There are numerous reasons for calling a Royal Commission into work fatalities in WA.

“First and foremost, work fatalities are rising in WA while they are declining elsewhere in Australia.

“Further the case for clear, strong work health and safety laws has been continuously delayed by government inaction.

“Finally, the circumstances surrounding a recent death at the Birla Nifty Copper mine require an independent investigation as well as highlighting the need for the establishment of an independent mine safety authority.

“None of these issues can be adequately addressed by anything less than a Royal Commission.

“These problems are highlighted by the resources sector, increasingly dominated by powerful international corporations.

“Resource sector workers, common sense and fatality statistics tell us that mining practices and safety are compromised when financial pressures are on.

“Two years ago the resources sector boasted of a work death free year.

“However in the past year there have been five deaths in the resources sector and in 2008-09, during the Global Financial Crisis there were six deaths.

“The recent Birla Nifty Copper Mine death points to the need for a truly independent investigation into work fatalities.

“Last year, following the emergence of a sink hole at that mine it was shut for several months.

“Now the Department of Mines and Petroleum will have to investigate a recent, tragic death at that mine when the Department itself had approved the mine reopening.

“The death may or may not have been the result of the earlier serious incident - the issue is the need for an independent investigation given these circumstances.

“The Department is responsible to Minister Marmion.

“When Birla Nifty Copper Mine - owned by the $40 billion international conglomerate Hindalco - failed to renew exploration licences, they were nevertheless allowed to retain these licences, resulting in Minister Marmion approving Act of Grace payments to reimburse fees from companies that had applied for those licenses.

“There may or may not have been anything improper in the Minister’s decisions in favour of Birla Nifty Pty Ltd, the issue is the need for an independent investigation given the circumstances around safety at the mine.

“There are other systemic failings that justify a Royal Commission, particularly the need for work health and safety law reform.

“The process to strengthen and harmonise health and safety laws began seven years ago in 2008, since then more than 200 West Australians have died through work.

“Why, time and again through consultation after consultation, has the Barnett Government delayed progressing health and safety law reform?

“In the meantime the maximum penalty for work deaths in WA remains at $200,000.

“The only reasonable course of action is a Royal Commission into work fatalities with a particular focus on the resources sector.”

Report on May 2015 Birla Nifty Copper mine fatality available here.

Note: following the issuing of this release some statement and figures were issued by WA Government Ministers.  The following statements were supplemented by UnionsWA together with the issuing of a more detailed paper on work and mine fatalities in WA that is available here.  The statement as follows by Meredih Hammat, Secretary, UnionsWA:

“On Saturday UnionsWA called for a Royal Commission into work and mine fatalities.

“That decision was not taken lightly.

“The statement was distributed under embargo the day before and included numerous references to substantial the case and this allowed for a check of these by media and government.

“In reply statements were issued by Ministers Marmion and Mischin.

“These mostly focussed on work fatalities data, but in order to disguise current worsening trends, they put data for several good but more distant years together with recent poorer outcomes.

“The statistics and reference we issue today expand and substantiate on the statements I made over the weekend – these show that over the past two years both the number and rate of mine deaths have worsened in WA, while across the year from 2012 to 2013, in contrast to improving trends Australia-wide, the number and rate of work deaths across WA have bothy worsened.

“There are several others reasons why a Royal Commission is justified, including the flawed nature of the Nifty Copper mine investigation and the history of delay in reforming work safety laws in WA.”