UnionsWA has today commented the release by the Australian Bureau of Statistics of labour force data showing a continuing rise in unemployment in WA particularly among men.

“Unemployment in WA has been rising over the past three years.

"We need to diversify WA's economy beyond just the the resources sector to ensure we have a range of jobs across different industries, including manufacturing.

"We need to improve our skills base, particularly among young people.

"Employers using temporary overseas labour should be required to prove they are giving locals a chance first and the tests for this should be strengthened.

"Seasonally adjusted the WA unemployment rate has risen from 5.1% in May to 5.8% in June.

"Caution should be taken relying on these short-term figures. 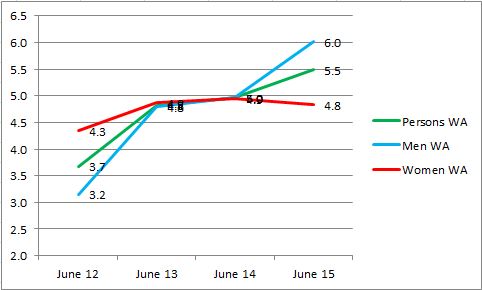 "Youth unemployment rate are even higher.