UnionsWA has commented on the release by the ACTU of a McKell Institute report “Unfair Burden: The Impact of Sunday Penalty Rates Reduction on Regional and Rural Australia (May 2017)”.

“In regional WA, the report estimates that the total loss of take-home income from the penalty rates cut will be $46.6 million a year.

“Working people in regional retail and hospitality jobs are already low-paid and their jobs are particularly vulnerable to economic hardship – hardship that a cut in penalty rates will worsen.

“Much of regional WA is already doing it really tough.

“There are an estimated 20,000 working people in regional WA that will be affected by this pay cut decision.

“Our regions have more people employed in retail and hospitality industries than in our cities.

“On average, regional workers earn less to than their city counterparts.

“The report found that about a third of profits from regional hospitality and retail outlets are sent to business head offices in the capital cities such as Melbourne and Sydney.

“The result is an estimated $14.2 mil each year will leave local regional economies in WA in order to the benefit city-based corporations.

“Penalty rates cuts will do very real harm to working people in our regions and further weaken local economies.”

The full report, “Unfair Burden: The Impact of Sunday Penalty Rates Reduction on Regional and Rural Australia (May 2017)” is available here. 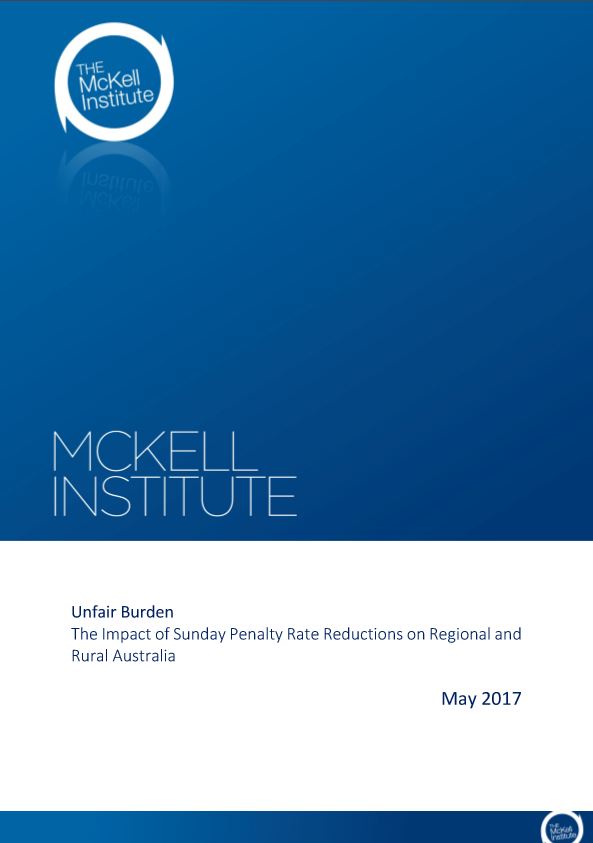 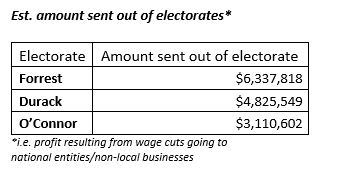