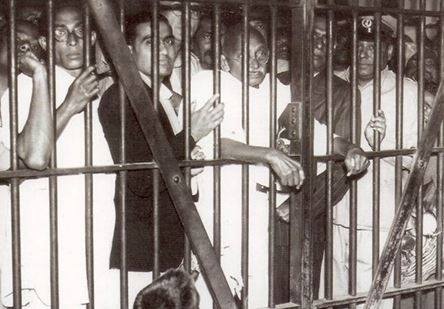 Mahatma Gandhi: Would his peaceful protests have put him in jail if the WA Bill is passed?

The Barnett government has proposed new anti-protest laws under the Criminal Code Amendment (Prevention of Lawful Activity) Bill 2015. If passed, protesters face up to two year jail terms or fines of up to $25,000.

UnionsWA believes that these unfair laws would treat working people as criminals for taking action for safer workplaces or better pay and conditions.

Working with religious, environmental, legal and farming groups as well as the Labor Opposition and Greens, we've successfully put pressure on Barnett to delay the Bill. But the Bill is now due to go before the WA Parliament as soon as early August.

This briefing will give you details about the Bill and outline plans for action to protect our right to protest.

The briefing will be chaired by Owen Whittle, Assistant Secretary UnionsWA with the following guest speakers:

If you want to find out more about the effort to fight this bill, read our blog.