UnionsWA has today released an analysis data of youth unemployment following the issuing yesterday of detailed data by the ABS.  Youth unemployment has been found to be high and rising across Perth, particularly in the southern suburbs.

“For the past two years, youth unemployment in WA has been rising.

“Now, across Perth, one in eight youth in the labour force are unemployed.

“While the southern Perth suburbs continue to suffer under high and rising youth unemployment, the recent trends show that the north of river suburbs have worsened greatly and are now at about the same high levels.

“Youth unemployment in regional WA has been improving over this period.

“Finding that crucial first job after studies is now much harder.

“But a start in the job market is now often into casual, part time or insecure work, typically over many years and frequently punctuated by periods of unemployment.

“There are now fewer West Australians in job training and apprenticeships that a year ago."

“The attempts by the federal government to leave unemployed young people without income support for extended waiting periods risks making the problems associated with unemployment worse for individuals, families and communities.

Source: 6291.0.55.001 - Labour Force, Australia, Detailed - Electronic Delivery, Aug 2015 RM1 - Labour force status by Age, Labour market region (ASGS) and Sex, October 1998 onwards. Note: The use by the ABS of small sample sizes when reviewing specific populations, in this case young (15 - 24 year old) unemployed people in regions, justifies the use here of ‘smoothed’ data (sometime referred to as trend data) or rolling annual average e.g. the 10.7% youth unemployment figure for WA in August 2015 represents the average for the year up to that month.  This is a statistically more reliable indicator of trends over time. 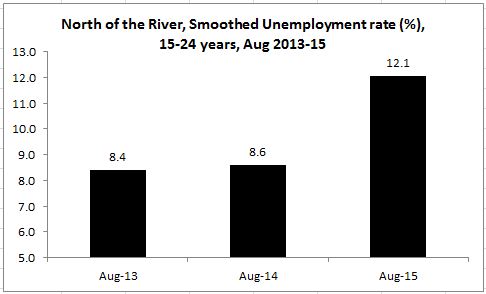 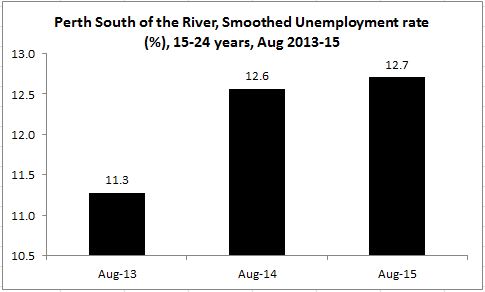 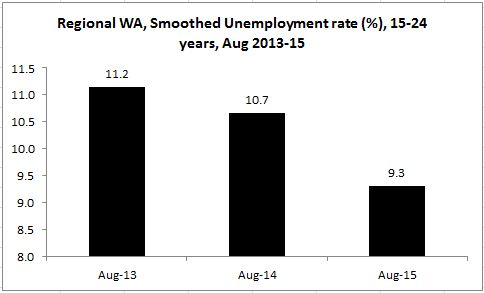 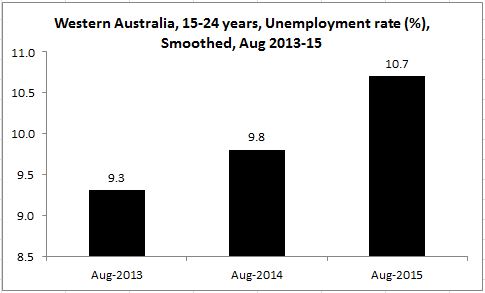