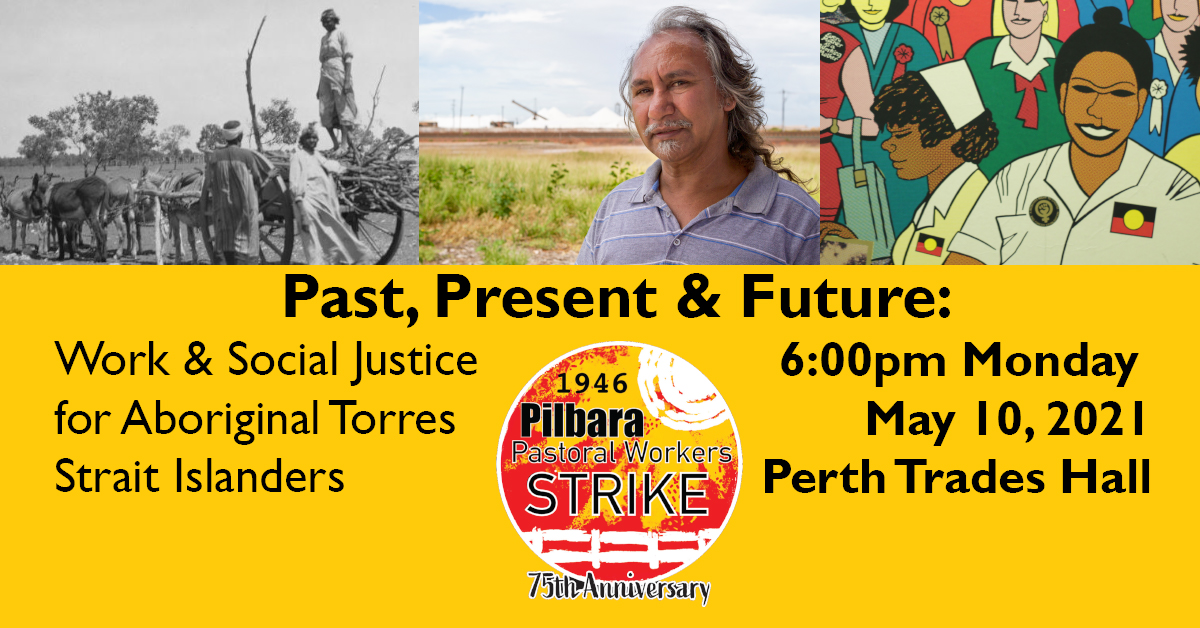 ‘Past, Present, Future’ is an event presented by the UnionsWA Aboriginal and Torres Strait Islander Committee, to discuss the history and current circumstances of working first nations Western Australian’s. Come along and hear from prominent Aboriginal and Torres Strait Islander Western Australians. The panel list includes Colleen Hayward AM and Michelle Nelson with more to be announced shortly.  To RSVP please complete you details below.  As always nibbles and drinks will be provided.

Colleen Hayward is a senior Noongar woman with extensive family links throughout the south-west of WA. For more than 35 years, Colleen has provided significant input to policies and programs on a wide range of issues, reflecting the needs of minority groups. Among her many achievements, Colleen she has been recognised for her long-standing work by winning the 2008 National NAIDOC Aboriginal Person of the Year Award. She has also been a recipient (2006) of the Premier of WA’s prestigious Multicultural Ambassador’s Award, has been inducted into the Western Australian Women’s Hall of Fame and was recognised as a Member in the General Division of the Order of Australia.

Michelle Nelson is a proud Noongar woman, with Apical connections to Ballardong, Bibbulem and Wadjuk clans. For over 30 years I've been actively involved in Aboriginal Affairs at a local, State and National level. Michelle ran parliament at the 2021 State Election for the seat of Central Wheatbelt.