UnionsWA has commented on the release today by the ABS of new Local Government Area data on income which shows that nationally four of the top five areas with the highest median incomes are in WA. However, WA is the only state in Australia where median incomes are falling.

“This data snapshot poses a challenge for every West Australian.

“Over the six years measured by the ABS, typical or median personal incomes in WA declined by 0.9% while rising by 1.8% nationally.

“Among the WA local government areas with the highest median personal income, many people rely on FIFO resource sector work.

“These jobs are often harmful to health and wellbeing because of long and unsociable hours in sometimes dangerous work.

“These findings highlight the need to address inequalities and the importance of a more diverse economy across WA based on decent, skilled jobs.” 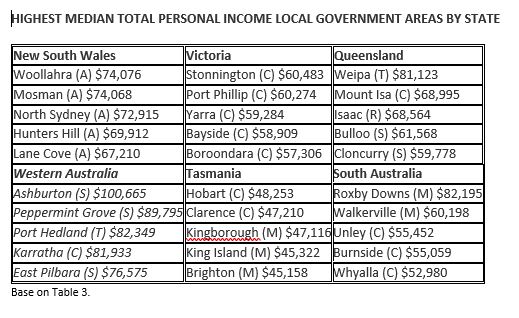