UnionsWA has today welcomed the tabling in the WA Parliament by the McGowan Government of its Bill to modernise workplace health and safety law in WA.  The safety at work of almost all working people in WA, over 1.3 million people, is governed by these laws.

“Work health and safety is about preventing injuries and fatalities.

“At the end of the working day, everyone deserves to come home safely.

“Workplace health and safety laws in WA are woefully out of date and out of step with laws elsewhere in Australia.

“Modern and consistent laws will help ensure compliance and save lives.

“Consistent with the recent federal government Review of the Model Workplace Health and Safety Laws, this Bill seeks to introduce an offence for industrial manslaughter for those whose negligence or wilful conduct leads to an unnecessary workplace death.

“If a driver causing an accident can be charged with manslaughter, so too should an employer that badly mismanages a dangerous workplace.

“The Bill seeks to make it unlawful for corporations to insure themselves to cover the cost of fines for unsafe or dangerous workplaces.

“A criminal should not be able to insure themselves against arrest.

“A sign of ageing of the existing laws is that, written in the 1980’s, they fail to make mention of the mental health impacts of work.

“The Bill also proposes to set the same safety standards for customers and visitors to workplaces as for those working there. 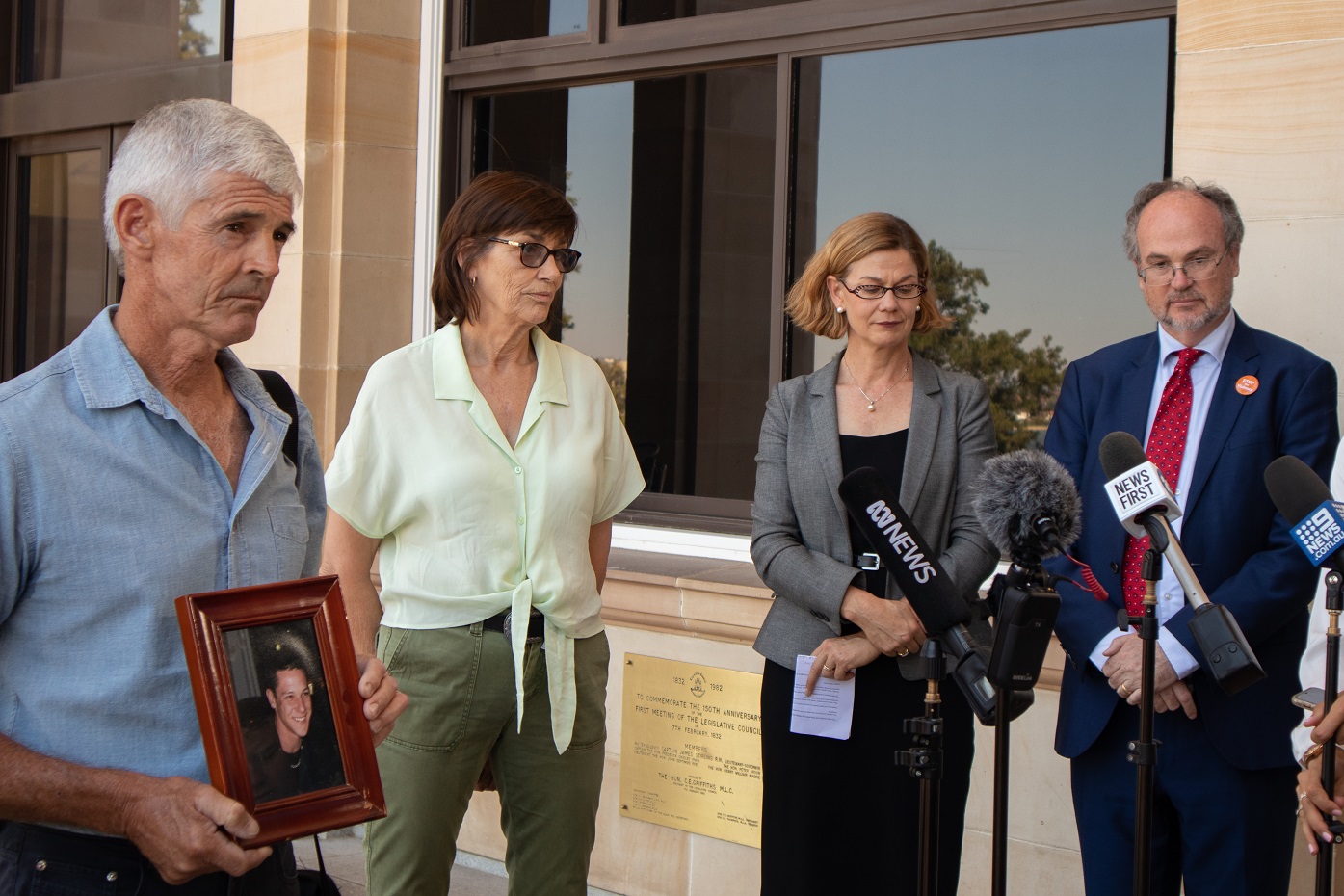 Family members whose loved ones were killed at work, joined Meredith Hammat and Minister Johnston to address media.

“Work insecurity can deter whistle-blowers who fear the loss of their job if they speak up.

“The Bill proposes to safeguard whistle-blowers through protecting their identify by allowing the work safety regulator or unions to step up and act on workplace dangers.

“Importantly, the Bill sets out, for the first time, a duty of care for providers of safety services to workplaces including safety consultants and trainers.

“It is neither practical nor desirable for the workplace regulator to be present often or in every workplace.

“Employers and their workforce need to nurture a culture that values safety.

“This relies on workplace health and safety representatives that are elected by co-workers in the workplace and trained to a high standard.

“The Bill clarifies and strengthens this important elected role.

“Finally, when reports are made of dangers, this Bill seeks to ensure that WorkSafe is held to a higher standard by being required to respond to and make decisions within a reasonable period.”

You can read the Bill and follow its progress through Parliament here.