Coinciding with the start of hearings today by the WA Industrial Relations Commission in the State Wage Case, UnionsWA has commented on the sustained attacks being made by employers, their peak bodies and governments on the Minimum Wage.  The State Wage case affects around 200,000 working West Australians on the minimum wage and reliant awards as well as many trainees and apprentices.

“The attacks on the minimum wage are worse now than at any time in our history.

"Turnbull wants to unlawfully pay ‘interns’ below the minimum wage.

“Regular media reports as well as a recent study by UnionsWA confirm that many employers are unlawfully under-paying their workforce. 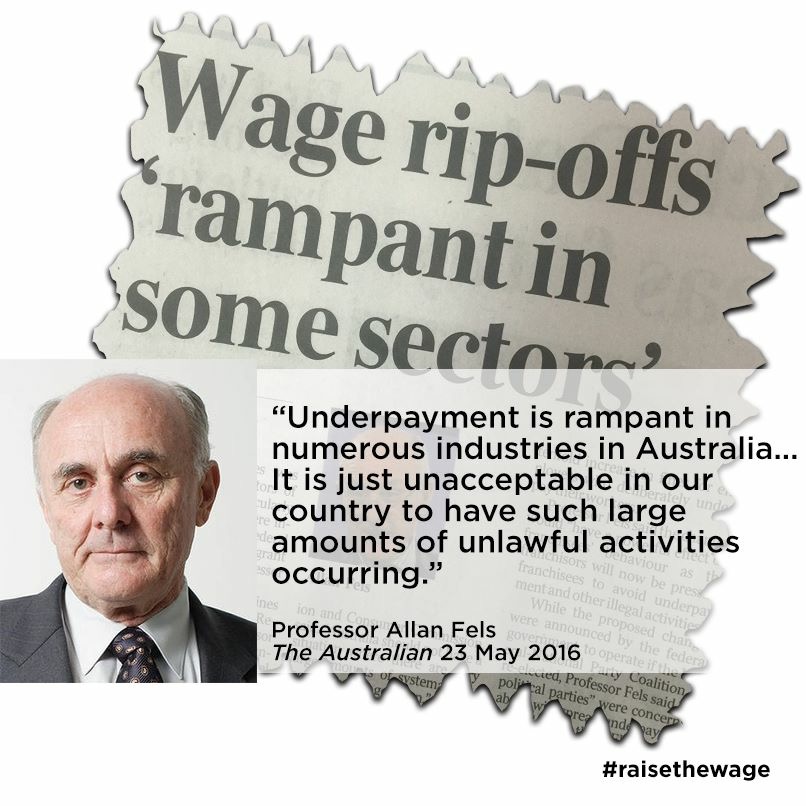 “Proposed cuts to penalty rates pay would cause further hardship for those already on a very low pay.

“Employers are arguing for a minimum wage pay freeze.

“Barnett has just revised his recommended minimum wage rise down to 1.25% - a mere 22 cents per hour increase for an adult.

“The minimum wage is particularly important in WA with our high housing and living costs."

“The recent WA Budget predicts inflation to rise by 1.75% in 2016-17, yet the Government has increased water bills by 4.5%, home electricity bills by 3% and TAFE fees by an average of 4%, after doubling and tripling these fees in recent years.

“Disgracefully, the Chamber of Commerce and Industry WA has proposed a wage freeze for the lowest paid West Australians.

“Pay cuts for low income workers are not only unfair and they are also a losing economic policy.

“Low paid people spend their income locally and provide an important stimulus to our economy, particularly important in WA as the resources sector struggles.

“UnionsWA has called for the Commission to increase the WA minimum wage and reliant awards by 4.4% equivalent to $30 pw for a full time adult worker.

All submissions to the State Wage Case are available here

For a summary of the UnionsWA submission, see "Six Myths about the Minimum Wage.