September 8 is Equal Pay Day and UnionsWA has highlighted the huge difference in superannuation savings of women and men and has proposed a number of urgent reforms.

“Currently superannuation change is wrongly focused on breaks for those who are already very well off.

“The vast majority of working people should benefit from reform.

“There is an urgent need to address the huge shortfall in superannuation savings of women compared with men.

“The Association of Superannuation Funds of Australia estimates that women aged 60 to 64 years have an average superannuation balance that is just 47 per cent of men in the same age group.

“WA has the worst gender pay gap in Australia currently at twenty-four per cent less pay for women on average, a lower annual average income of $22,984.

“As women are more often in low-paid jobs, a key issue is the adequacy of the compulsory superannuation contribution.

“Most low paid workers simply cannot afford to make personal contributions to their superannuation from their wage.

“An early priority needed is to lift the level of compulsory superannuation towards 12% as soon as possible and then 15% to ensure adequate savings for retirement.

“When women take on unpaid parenting or caring roles, lifetime earnings and superannuation savings fail to keep up.

“Another measure, recommended by a recent Senate Inquiry report, is be to have superannuation payments made for paid parenting leave.

“For those low paid workers that do manage to contribute extra towards their own superannuation the proposed abolition of the Low Income Superannuation Contribution was a serious concern.

“In the 2016 Budget the Turnbull Government proposed to introduce a Low Income Super Tax Offset, which tries to make up for that earlier decision to abolish the Low Income Superannuation Contribution.

“Both schemes address the inherent unfairness where workers who earn less than $37,000 a year pay a higher rate of tax inside superannuation than they do outside.

“However, the Low Income Super Tax Offset has not been legislated and is being held hostage by Coalition disunity.

The Association of Superannuation Funds of Australia report “Superannuation account balances by age and gender (December 2015)” (see Table 1, page 6 for data quoted above) is available here. 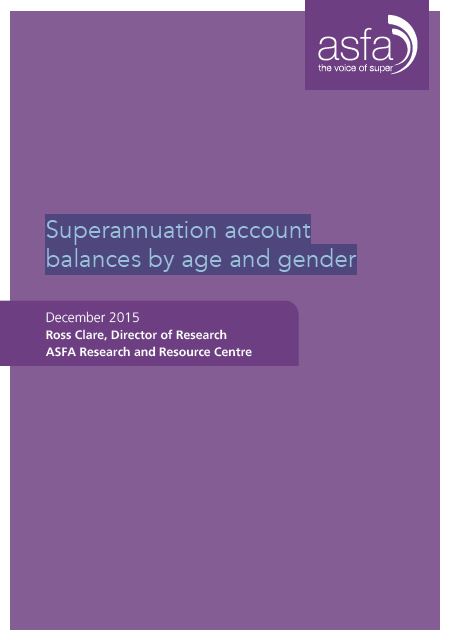 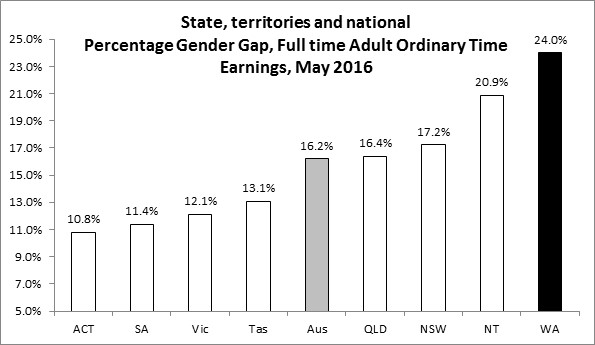