The Bankwest Curtin Economics Centre has released a report by Professor Alan Duncan on the China Free Trade Agreement. The report described concerns about labour market testing as "legitimate", and further that there "is some nervousness about the agreed policy for Chinese-financed investment projects in Australia being supported by migrant workers without the requirement for local labour market testing. Trade agreements shouldn’t be allowed to affect labour standards adversely, or crowd out local labour market opportunities." (page 58).

The full report is available here. 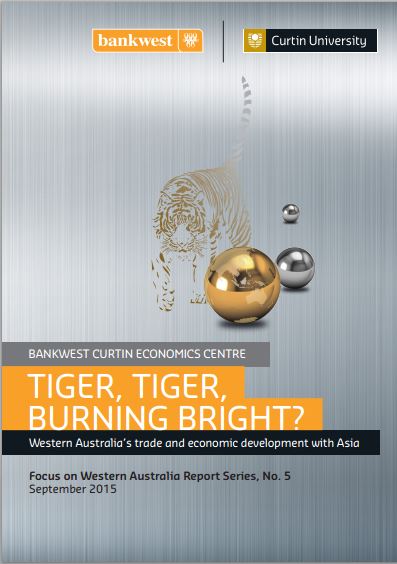 The report confirms an earlier review of the China FTA by the ABC Fact Checker that also concluded that the concerns about weakened protections to ensure workers in Australia would have an opportunity to secure jobs before corporations turned to temporary overseas labour were justified.

Racists slurs against unions have also been refuted by Meredith Hammat, Secretary, UnionsWA in response to attacks by conservative politicians and employer groups.

The release of the report on 16 September, 2015 got one of the smaller references in The West Australian Business News, here in case you missed it. 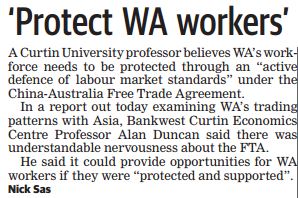