Call for Domestic Violence Leave for all - Unions WA

Call for Domestic Violence Leave for all

As part of the International 16 Days of Action Against Gender Based Violence, UnionsWA and affiliated unions today met with the WA Minister for Prevention of Family and Domestic Violence, Simone McGurk to hear about action being taken by the State Government to reduce the incidence of family and domestic violence. As a priority, unions are seeking to ensure paid family and domestic violence leave is available for all working people. 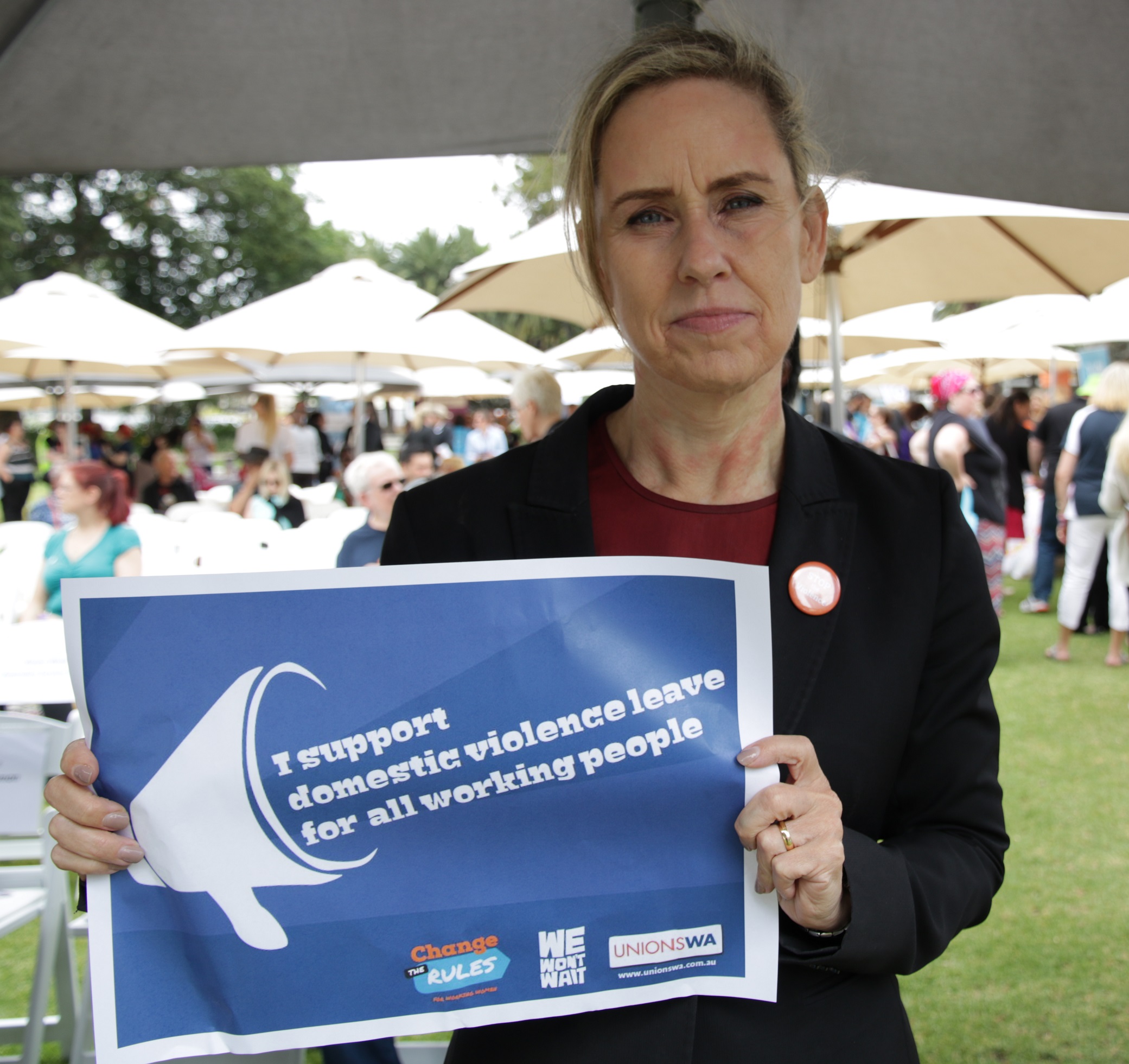 “Making paid Family and Domestic Violence Leave available for employees in the WA public sector is a very significant and welcome move.

“Covering around 140,000 West Australians in the public sector, this now brings the total number of working Australians with an entitlement to paid Family and Domestic Violence leave to well over one million.

“This leave is an important measure.

“In 2016-17, there were over 50,000 family and domestic violence incidents reported in Western Australia.

“To escape a violent relationship time off work is needed.

“Without paid leave, people subjected to violence simply don’t have time or resources to find a new, safe, place.

“Nothing excuses violence, but rising unemployment and worsening underemployment are placing great pressures on many families.

“Sadly, these pressures are often worse at Christmas when instances of family violence rise.

“An entitlement to domestic violence leave is important at all stages of coping – when experiencing violence, when leaving a situation of violence and when resolving the legal, financial, housing and human costs associated with violence.

“Children are too often affected by family and domestic violence and paid leave may be required to address their need for protection and care.

“The West Australian Government has listened and acted on this issue, but the Turnbull Government remains inactive and deaf to these concerns.

“Paid family and domestic violence leave for federal public sector workers has been rejected by the Turnbull Government.

“A key issue for unions is the need for ten days family and domestic violence leave to be a universal entitlement for all working people by being included within National Employment Standards.

“The Turnbull Government has also refused to ensure Australian workers have access to paid domestic and family violence leave, despite evidence that it would save lives and cost business just five cents a day.

Quotes attributable to the Minister for the Prevention of Family and Domestic Violence, Simone McGurk:

“I have been heartened that large organisations have also come on board – they know, as we do, that a minimum of 10 days’ paid leave in the National Employment Standards (NES) is a small change but can make a huge difference.

“With one woman being killed every week in Australia at the hands of her current or former partner, it’s time that the Federal Government showed leadership on the issue and made this a condition of workplaces throughout Australia”.