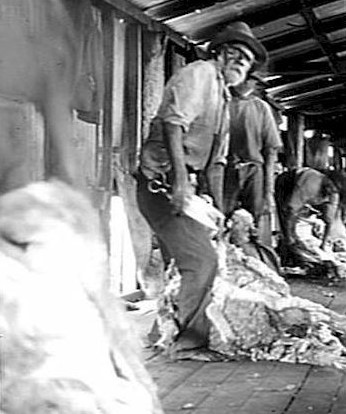 The longest strike in Australian history began on 1 May 1946 and in this year, 2021 we are commemorating the 75th anniversary at our May Day March and Festival.  The planning had begun during the war and required sophisticated organisation to coordinate hundreds of workers across vast stretches of WA's Pilbara region. The victories were numerous and far-reaching.  So why is this event almost forgotten and rarely taught or talked about today?

There should be no doubt that the reason for this is that the 800 striking pastoral and station workers were Indigenous Australians.

At the time the remote Pilbara region relied heavily on wool and cattle, not mining as is the case today.

Indigenous Australians were the backbone of the workforce for what the papers of the day called "squatters", universally European Australians land holders.

The Native Affairs Act 1936 both severely restricted the rights of Indigenous people and allowed them to be exploited by owners, many of whom paid in only in rations.

The story leading up to the strike is an intriguing one that also reflects the culture of the peoples Indigenous to the Pilbara as well as the world of 1940's European Australians.

The strike was conceived in 1942 at a six week gathering of over 200 Indigenous lawmen representing 23 language groups.  It was decided to delay the strike until the end of the war. 1 May was chosen as it represents both the internationally recognised day for workers and the beginning of the Pilbara shearing season.

Over 800 workers left the stations and paralysed the sheep farming stations spread over about 10,000 square km of land.

The strikers developed an innovative way to co-ordinate themselves.  There were no phones or radios on the stations and many of the aboriginal workers couldn't read or write. Bin Bin Dooley visited each of the stations posing as a relative and distributed calendars made from labels on jam tins.  They then marked off each day so they would know when to start the strike.

Daisy Bindi (see picture below) had, prior to the strike, demanded and received wages from her white employer at Roy Hill station and saved up to hire a truck that collected local workers when the strike began on May Day, 1946.

There were three main leaders driving the strike.  Indigenous lawmen Dooley Bin Bin and Clancy McKenna and Don McLeod, an active unionist and member of the Communist Party of Australia. 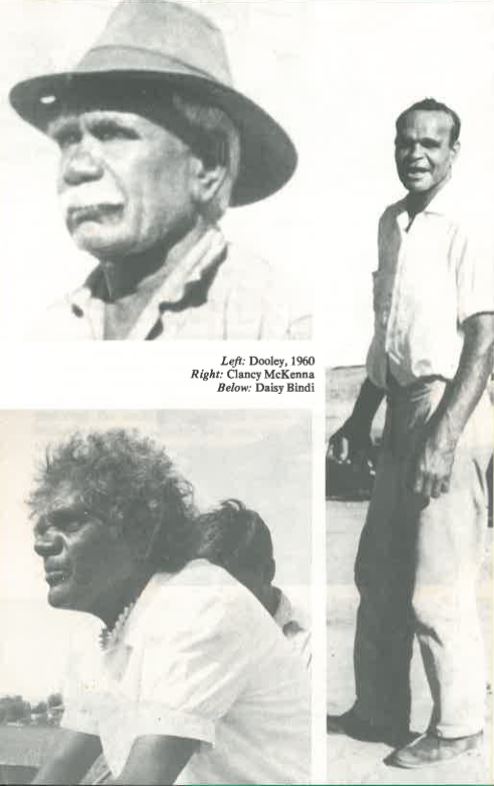 Don McLeod, a European Australian, was well respected by Indigenous communities having saved an Indigenous man in the Pilbara while prospecting there in the early 1940's. McLeod was initiated into one of the local Indigenous groups and lived in the region until his death in 1999 (see article below).

At the beginning of the strike Don McLeod was a delegate of the Australian Workers' Union at Port Hedland.  He was instrumental in getting the support of the Seamans' Union and the 26 other unions and Trades and Labour Councils.  By 1949 the Seamens' union blackbanned the export of wool from the Pilbara.

Many of the aboriginal strikers were put in chains before being jailed. Don McLeod was jailed seven different times during the three years of the strike.  All were eventually pardoned years later by the WA Government. 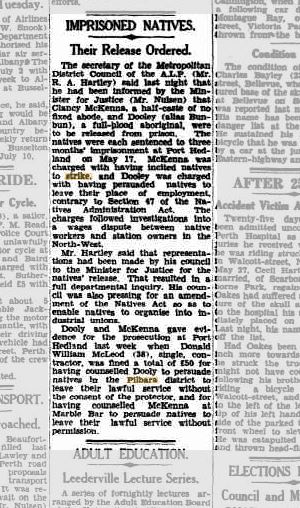 “It is difficult to exaggerate the intelligence and courage of men like Dooley. He was a highly motivated man who dedicated himself utterly to his task. What he may have lacked in knowledge of the white man’s system he made up for by his absolute resolve and fearlessness.” (McLeod, D. How the West was Lost, self published, Port Hedland (WA), 1984. p.51)

The strikers gathered at strike camps and hunted bush tucker for their supplies.  The strikers also developed small surface tin mines, sold hides and gathered pearl shell to support themselves.

By August 1949 agreements for improved conditions and pay were negotiated with the Mount Edgar and Limestone stations and the strike was effectively ended. Wages and conditions were finally won but many Indigenous workers refused to go back to working at their old jobs.  Some pooled their funds to buy or lease stations they had formerly worked on, and ran them as co-operatives.

The Pilbara strike is still significant as it set the stage for the beginning for fairer working conditions for Aboriginal workers and for events such as the Wave Hill Walk Off in 1966.

May Day in Fremantle 2016 has recognised the seventieth anniversary of the strike.

There is a screening at of the film about the strike How the West was Lost. 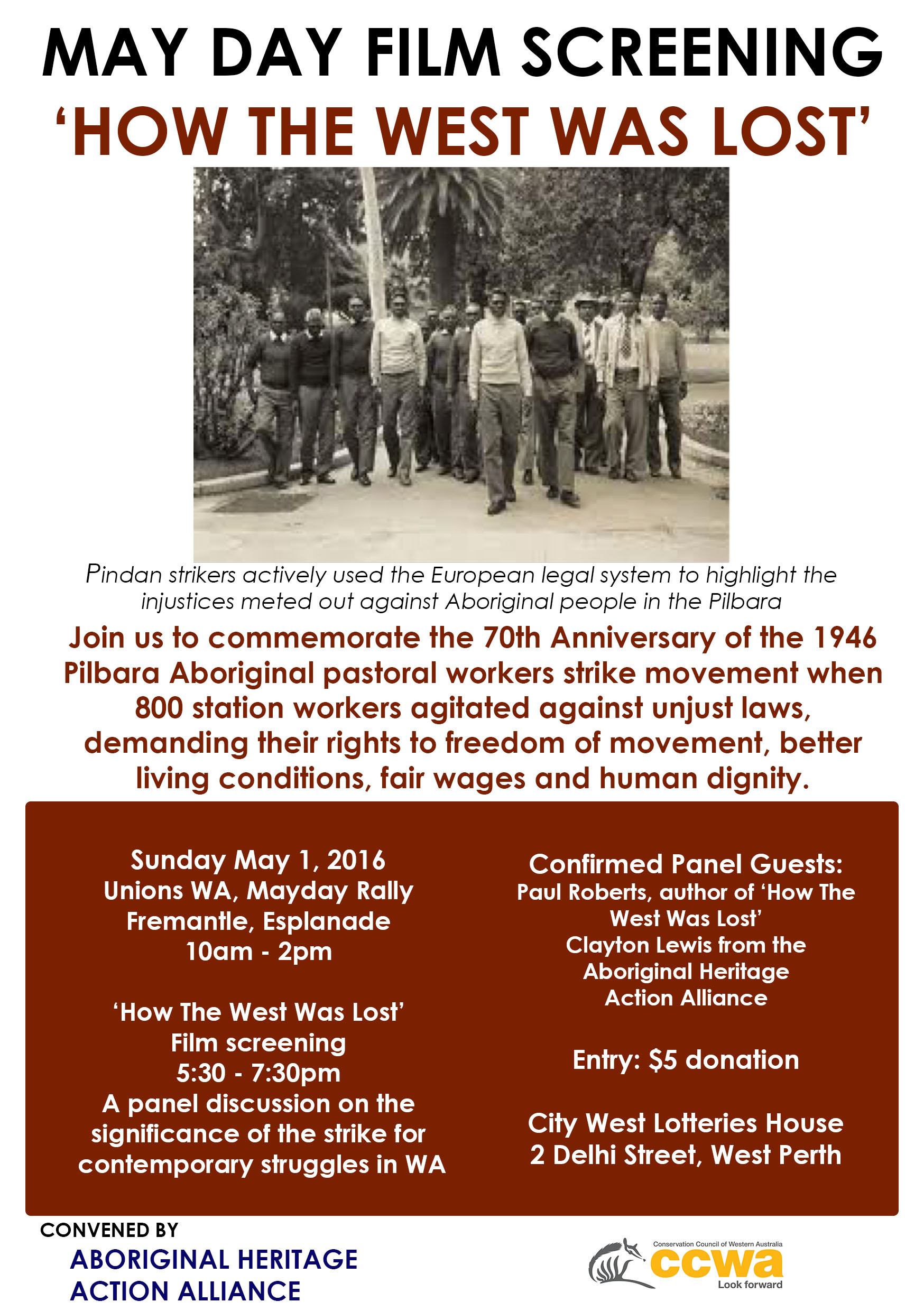 The following sources were used for this article:

A Regional ABC radio interview on the Pilbara Strike can be listened to here.