UnionsWA has commented on the release by the Auditor General of the Asbestos Management in the Public Sector report. 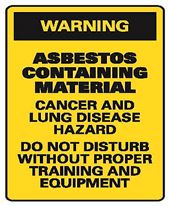 “West Australians have had the worst exposure to asbestos as a result of our hosting the largest asbestos mines in Australia and high use of asbestos in buildings, including many public buildings.

“It is in this context that the second report by the Auditor General into asbestos in the public sector is a serious concern noting as it does that registers were not up-to-date, training insufficient and coordination needs to improve.

“Asbestos is particularly dangerous when disturbed and much of the public property containing asbestos, such as public housing and public schools, experiences are hard wear and tear.

“Good systems are needed to ensure that in addressing arson, vandalism as well as maintenance and repair responses occur safely.

“The Auditor General notes that, quote:

“I was however disappointed that no single body had responsibility to coordinate the management of asbestos across government. This was in contrast to my 2007 report that noted the coordinating role of the Asbestos Steering Committee. The Committee was disbanded in 2010." (page 4)

"In the interests of those who work in public sector agencies and those who use public property for needed services, UnionsWA calls on the WA Government to fully implement the recommendations from the Auditor General and re-establish an across government group to ensure all agencies comply with prevention and health and safety standards for addressing asbestos .“

The Auditor General of the Asbestos Management in the Public Sector report is available here.