UnionsWA today joined with union leaders from the Electrical Trades Union, the Australian Services Union and the Maritime Union of Australia and to warn that the reported sale and privatisation of West Australian water, electricity and port assets will increase costs to households and busines 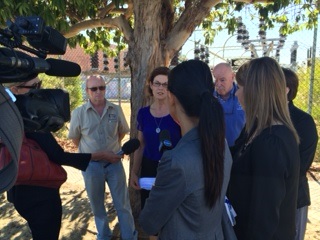 “The cost of living in WA is already high.  Privatising public assets will mean water and electricity costs will rise while privatised ports will increase shipping costs for consumer goods and for business.

“We’ve seen the failure of privatisation in our hospitals.  It doesn’t save money and it does compromise services to the public as well as reduce accountability.

“Maintenance and security of electricity supply is essential to households and businesses.

“In other states privatisation has led to the grid being run down, unreliable and expensive.”

“The Government should be focusing on delivering essential services to support economic growth and provide improved job security.

“The privatisation experience in the eastern states has clearly failed to deliver cheaper power costs and inevitably leading to more insecure jobs and reduced reliability of essential services.

Christy Cain, Secretary of the Maritime Unions of Australia said:

“Our ports deliver significant revenue to the State Government for the benefit of the people of Western Australia.

“Privatising these assets will give that revenue to private business but in return they will seek to pass on further costs to consumers and business for the shipment of goods.”